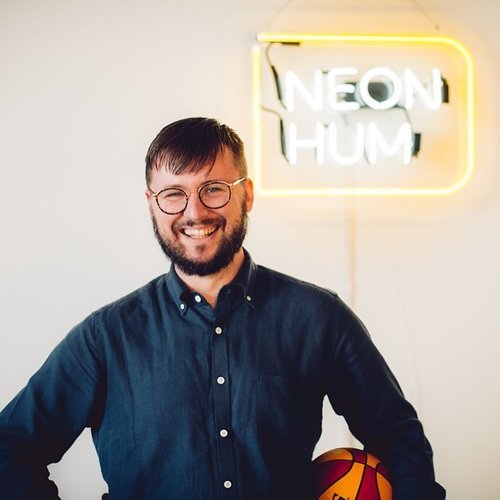 Vikram grew up on the shores of the LA River, playing basketball and eating candy.

But during an extended layover in Alaska, Vikram discovered his love for live storytelling and public radio. He cut his teeth by producing a popular live storytelling program called “Arctic Entries.” Vikram also produced a recurring public radio segment profiling newcomers to Anchorage, founded a nonprofit that brought storytelling into high schools, and once spent a night in a snow cave. 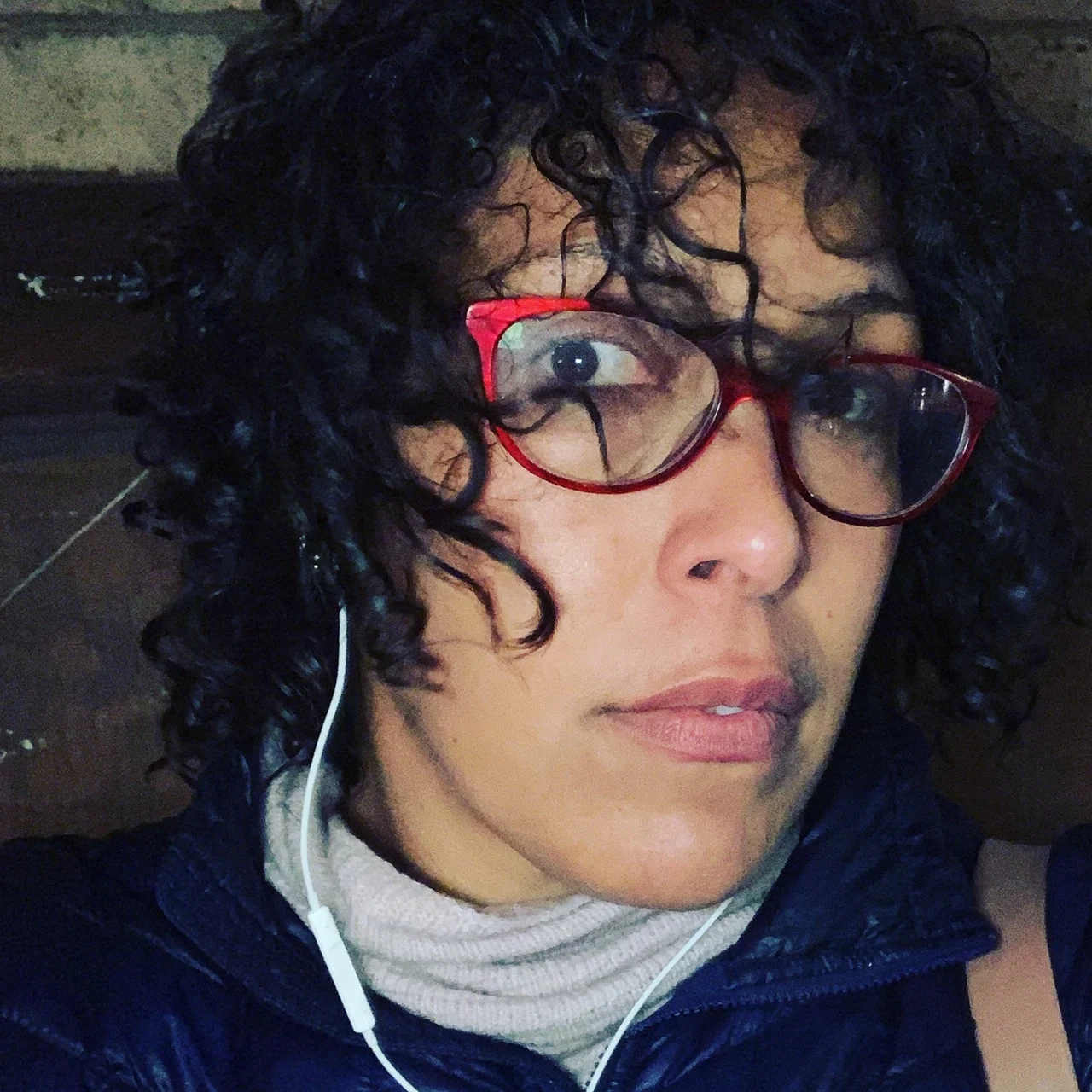 Catherine Saint Louis was a reporter and editor at The New York Times for 18 years. She covered many topics, but focused on health coverage.

She left the New York Times to edit podcasts and to make her own audio stories. She likes a good cry as much as a good laugh. She is a proud graduate of the Transom Story Workshop where she made a story about a controversial obituary. She hosts a monthly podcast club in her backyard to discuss what works and what doesn’t with other Brooklynites. 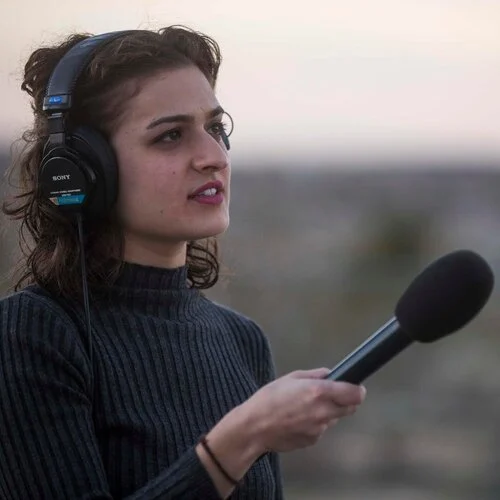 Shara Morris is an audio producer based here in LA. She’s launched multiple podcasts from scratch for networks including Panoply, Maximum Fun and Stitcher. Her work can also be heard on NPR, KCRW, WNYC, PRI and more.

Most recently Shara was the producer of the Marketplace podcast Make Me Smart with Kai Ryssdal and Molly Wood. She got her start in audio at the Salt Institute for Documentary Studies and honed her voice co-hosting her first podcast, Homemade News, which she produced from a pirate radio station in Chinatown, Los Angeles. Shara loves telling stories featuring unique voices and is so excited to be part of the Neon Hum team.

Natalie Rinn is a journalist, native Minnesotan, and former executive editor of Brooklyn Magazine. After nine years in New York, she moved to Los Angeles to explore a new part of the country, and new mediums for telling stories — above all, podcasts. Hiking, running and driving around Los Angeles have been her favorite spaces to discover and be inspired by magical worlds created through audio. 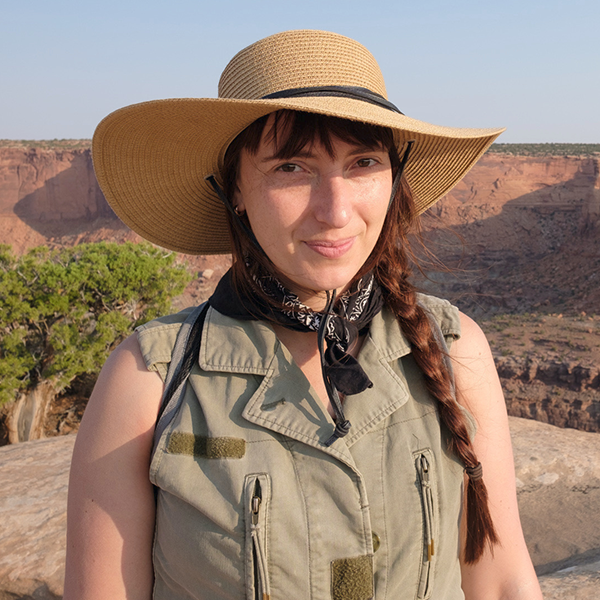 Odelia is an audio producer, writer, and sound designer. After earning her NYC merit badge, she returned to her native California to boogie board and make narrative audio. She’s worked at WNYC, Gimlet, and got her start back in the content days of Panoply. Odelia has produced and consulted on over 20 different shows, including hits and cult favs like Gimlet’s Science Vs, Family Ghosts, and WNYC’s 10 Things That Scare Me. Her passions are character driven stories, detailed sound design, and spreadsheet formulas. Watch closely and you’ll see her knitting on zoom calls.

Joanna Clay is a journalist and SoCal native, and prior to Neon Hum, she was an independent producer, reporting features for the BBC, KPCC and KCRW. She came to podcasting by way of print, a former newspaper reporter with bylines in the Los Angeles Times and O.C. Register. She’s also a proud Transom workshop alum.

When she’s not working, you can find her scouring her AllTrails app for good hikes, bingeing any Real Housewives franchise (but mostly NY) and attempting to make Pinterest recipes a reality.

Muna is an audio producer from Detroit, Michigan. Before joining Neon Hum she was a freelance producer with Gimlet in LA, and worked on podcasts at Marketplace. She got her start in audio working in daily news at KQED in San Francisco and is a graduate of UC Berkeley’s Graduate School of Journalism. She’s a recent transplant to LA and enjoys hiking and exploring California’s gorgeous parks and landscapes.

Chrystal is an award-winning podcaster and curator from Brixton, London. She‘s worked at BBC producing and presenting multi-platform content for networks including Radio 4, 6 Music, and BBC World in London and Washington DC as well as for HuffPost UK, Tate, and Southbank Centre Arts. She spends her spare time making her podcast Stance and can be found dancing, consuming news and culture, planning what to eat, and hanging out with friends and family. She particularly loves working with people new to audio to execute their vision and is passionate about pushing the boundaries of storytelling for all people. 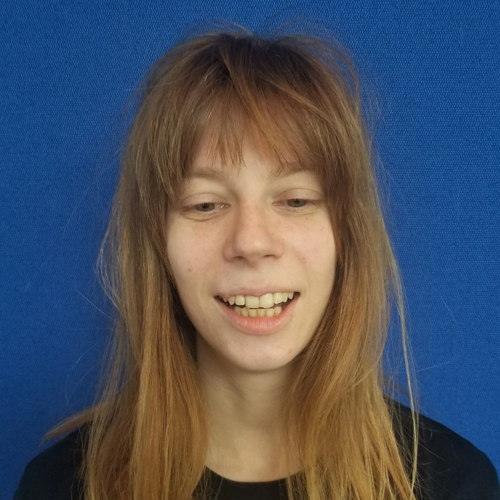 Carla Green is an award-winning journalist who’s filed for KCRW, the Guardian, and 99% Invisible, among many others. Before coming to Neon Hum, she was the managing producer of the KCRW podcast UnFictional where she reported and produced a bunch of different stories, including one where she trailed a juggalo across the country on a Greyhound bus.

Since she moved to Los Angeles in 2016, she’s covered the city’s homelessness crisis in stories for radio, podcasts, and print.

Hayley Fager is an audio producer and journalist who grew up in LA. Before joining Neon Hum she was producing Morning Edition and reporting at WCAI, an NPR member station on Cape Cod in Massachusetts. She’s produced radio stories for NPR, KCRW, WGBH, and Atlantic Public Media, and has provided administrative support to Transom.org.

Kate Mishkin is an audio producer from Los Angeles. She comes to Neon Hum by way of West Virginia, where she worked as a newspaper reporter, covering the environment and coal industry. There, she launched the paper’s podcast, Mountain State Morning, telling stories of the governor’s conflicts of interest, teachers on strike, and the effects of climate change on the region.

She’s thrilled to be back home and is enjoying rediscovering LA.

Tanner Robbins wanted to tell stories from the time he was ten years old. He started as a filmmaker, shooting claymations in the basement of his home in Birmingham, Alabama. By the time he got to Los Angeles in 2016, Tanner knew film was not his medium. All those hours listening to podcasts and NPR stories had gotten to him. In the Fall of 2018, he graduated from a nine week radio intensive at the Transom Story Workshop where he absorbed everything he could about radio, storytelling, and deep sea fish. Back in LA, Tanner spends his free time experimenting in the kitchen, which is a great time to listen to podcasts.

Shawna Schiro thought she was moving to LA to continue her career in the film industry. After all, she spent her time after film school working with various networks as on on-set production assistant and media coordinator. After she got a taste of what the film industry was like, she decided it wasn’t fit to be her “forever thing” and she set out on a journey to explore other branches of the entertainment industry to see what they were all about. Things took an exciting turn when she landed in the world of podcasting and took an oath to become a certified Neon Hummie! Shawna is proud to be an organization freak, and when she isn’t busy perfecting scheduling needs, she can be found spending quality time with her bass guitar, going on photo-walks with her camera collection, and consuming copious cups of caffeine at her favorite LA coffee spots.