The Locations of The Sellout 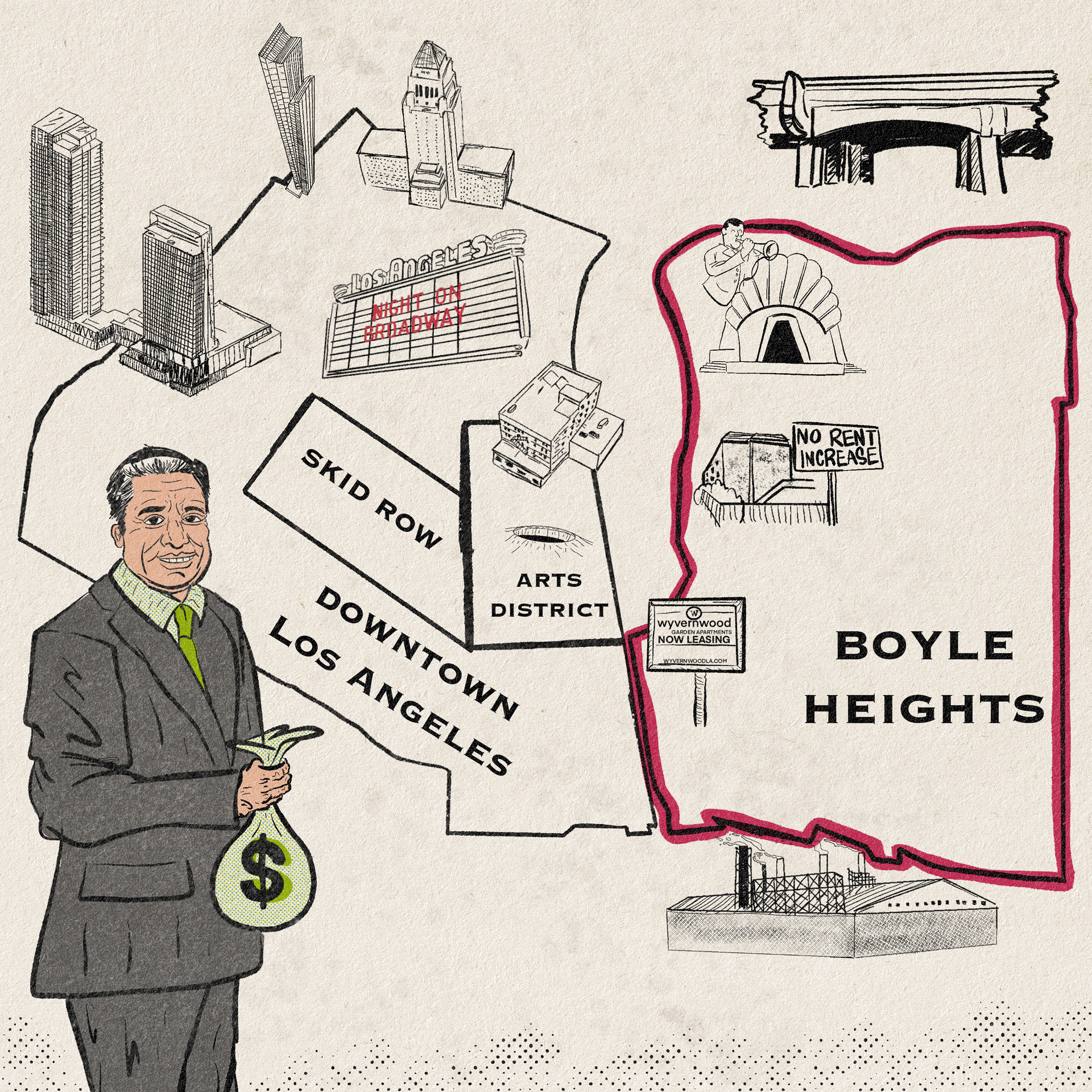 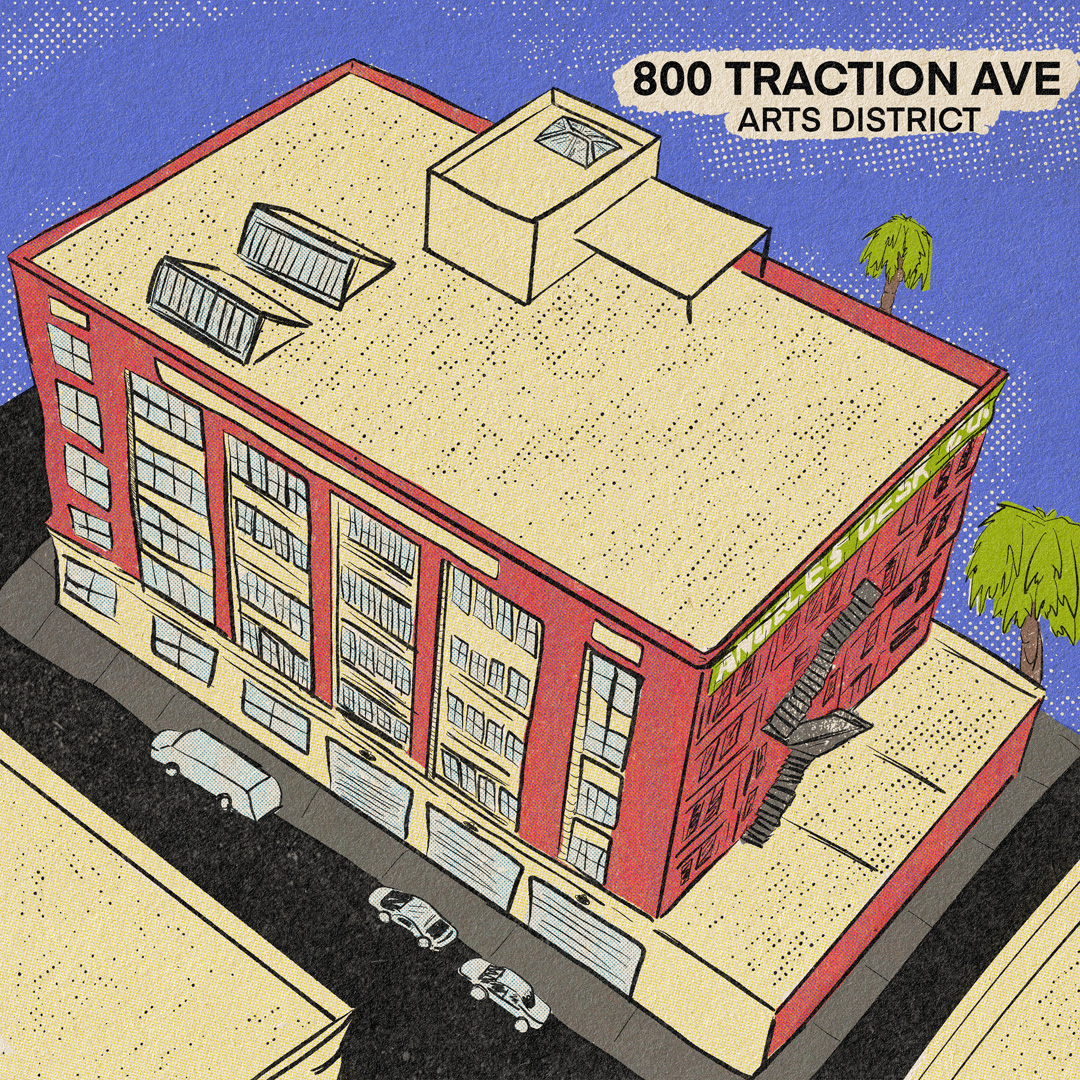 For decades, this large loft building in the Arts District that was once filled with Japanese-American artists like Nancy Uyemura, an artist who moved to the neighborhood in the 80’s. She and all of her neighbors were eventually evicted from the building.

The neighborhood started as an industrial part of Skid Row, until artists started moving into lofts there in the 70’s and 80’s. As the years went on from the 80’s into the 90’s and 2000’s, the Arts District transformed, pushing further and further into Skid Row. The Arts District became, increasingly, a place defined by money, police, and private security. Huizar allegedly solicited bribes to help push through approval for a 35-story tower to be built here, at 520 Mateo Street. 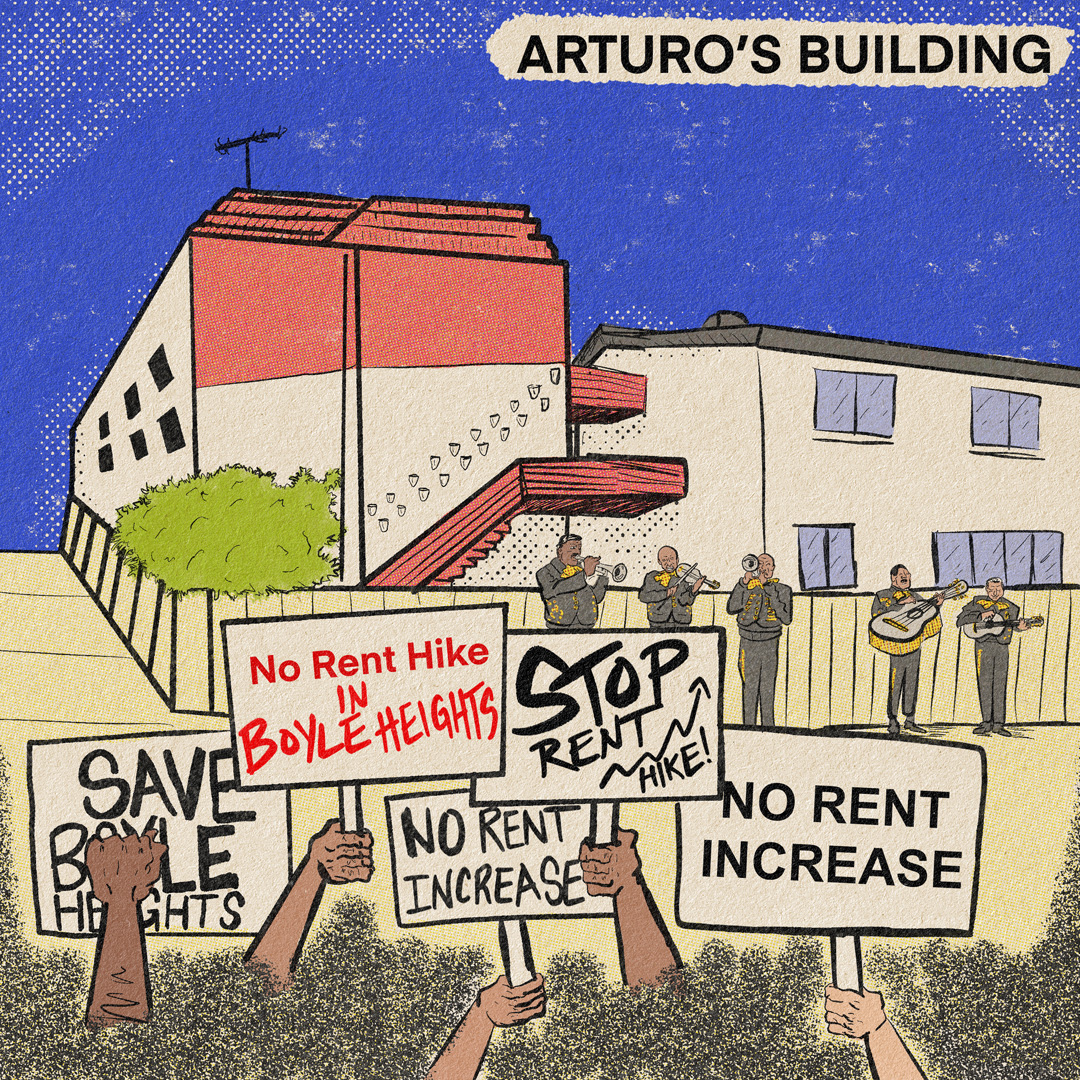 Arturo is a mariachi musician. He lived in a building filled with other mariachi musicians, just a couple blocks from Mariachi Plaza. Most try to live within a couple blocks of the Plaza so they’re nearby if people want to hire them. A couple years ago, Arturo’s landlord tried to raise his and his neighbors’ rent by almost double. They went on rent strike, in what came to be known as the “mariachi rent strike.”

The working-class Latinx neighborhood where Huizar grew up. Mariachi Plaza, Wyvernwood, and Arturo’s building are all here. When some residents saw signs of gentrification in their future, they banded together to create a militant group to fight back, called Defend Boyle Heights. It’s just across the river from downtown. 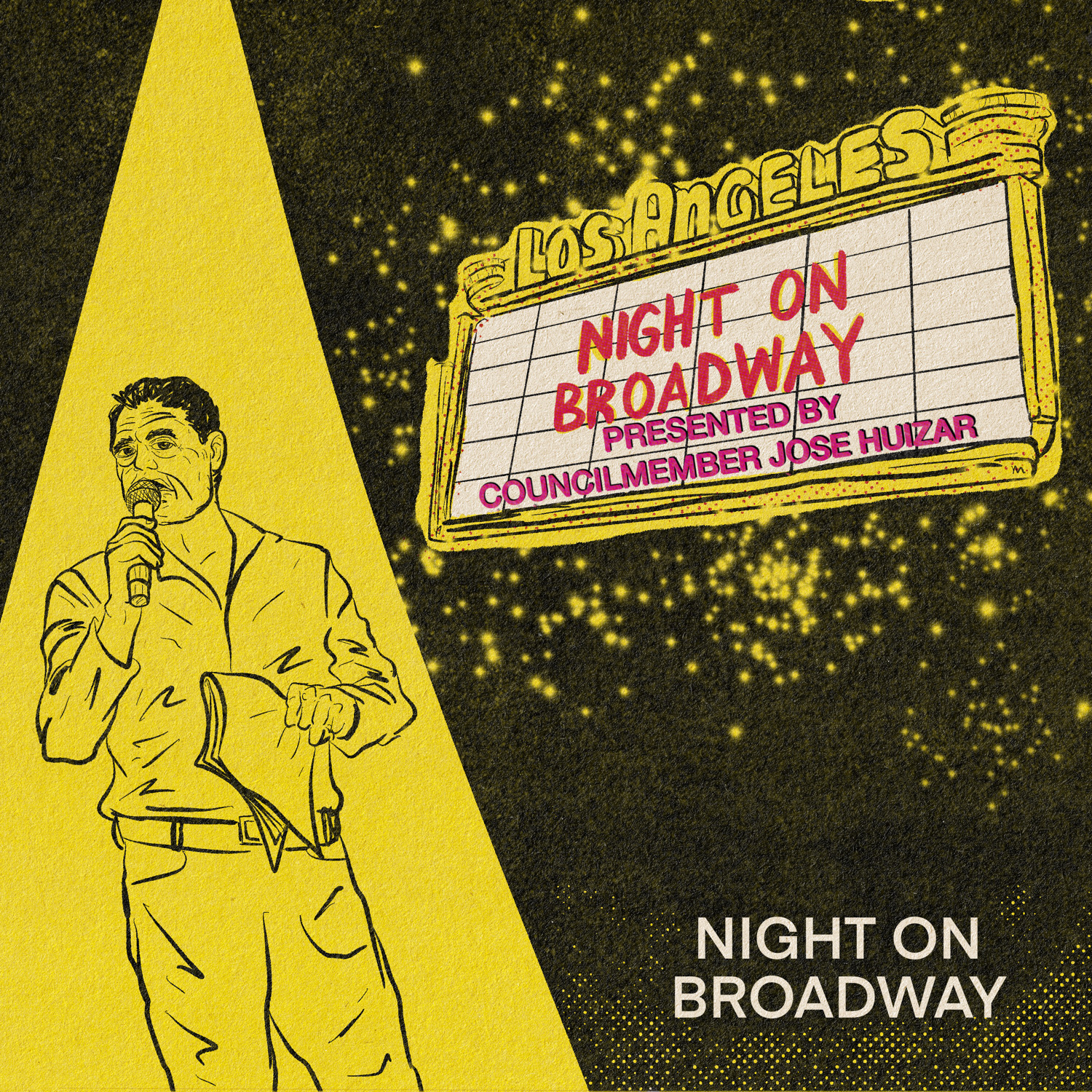 For many years, Broadway was the only part of downtown that was in Jose Huizar’s district, CD 14. He had a very specific vision for it – a plan he called Bringing Back Broadway. The idea was to make Broadway glitzy and glamorous. Huizar’s office held a yearly event called Night on Broadway, where there were street performers and shows in all the old theaters. But the street used to be a Latinx shopping district. Huizar’s vision for Broadway was an early warning sign of what his vision for all of downtown would be, once the districts were redrawn in 2012 and all of downtown became part of CD 14. 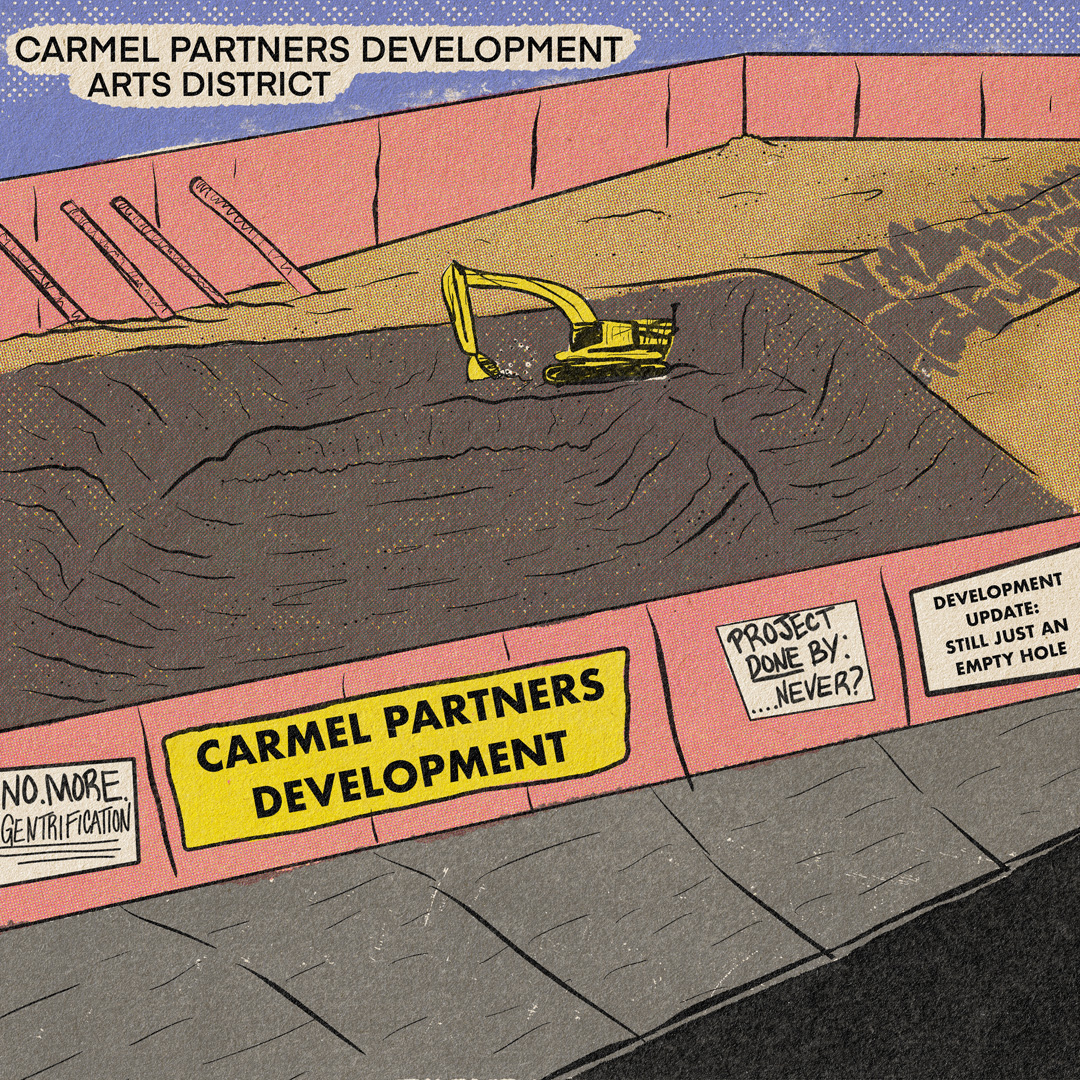 A planned 35-story tower in the Arts District of downtown LA that was embroiled in the FBI investigation of Huizar. The developer, Carmel Partners, would later pay $1.2 million to avoid prosecution by the Federal government. 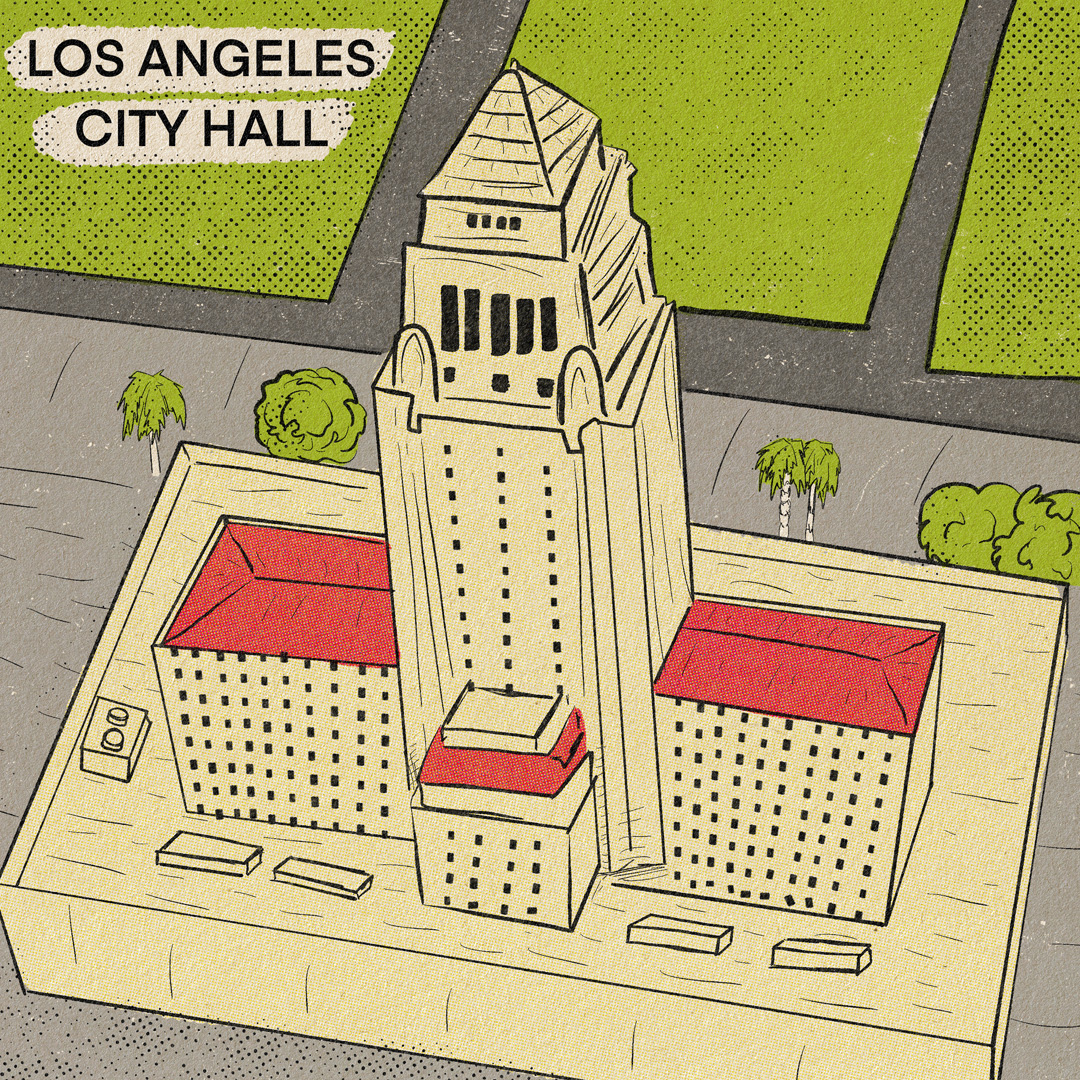 The seat of municipal power in Los Angeles. This is where Huizar sat on the powerful Planning and Land Use Management (PLUM) committee, which exerts enormous control over development decisions in Los Angeles.

When Huizar took office, downtown LA wasn’t part of his district, CD14. It wasn’t until the 2012 redistricting that CD14 was redrawn to include downtown… which became Huizar’s crown jewel. But Huizar didn’t get downtown on his own. He got help from friends like Herb Wesson, who was president of the L.A. city council from 2011 to 2019. 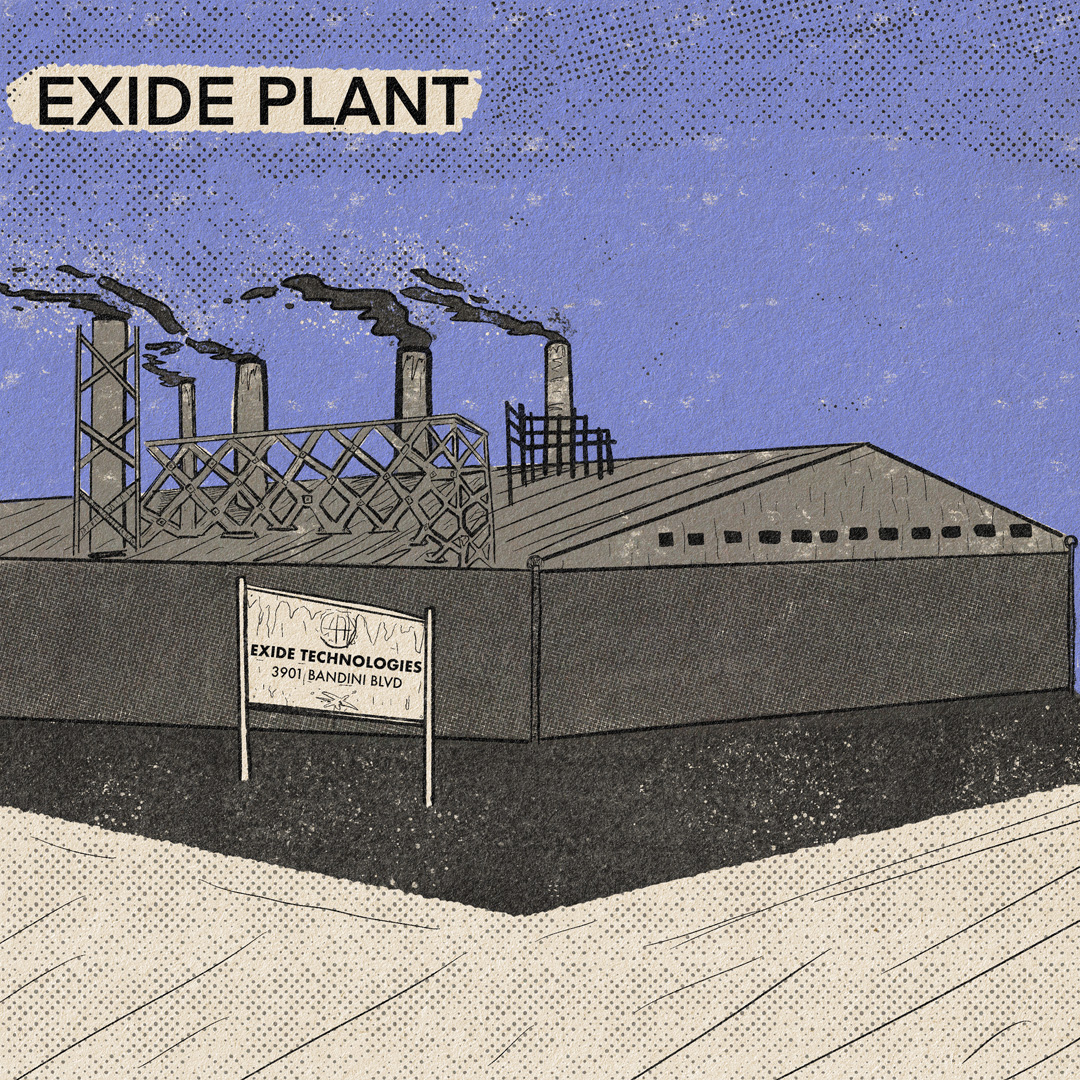 A lead battery-recycling plant that was spewing lead dust into the air for decades, poisoning the area around it, which included Boyle Heights.
Many people got cancer and suffered other health issues that can be traced back to the lead dust. The plant is now – finally – closed. 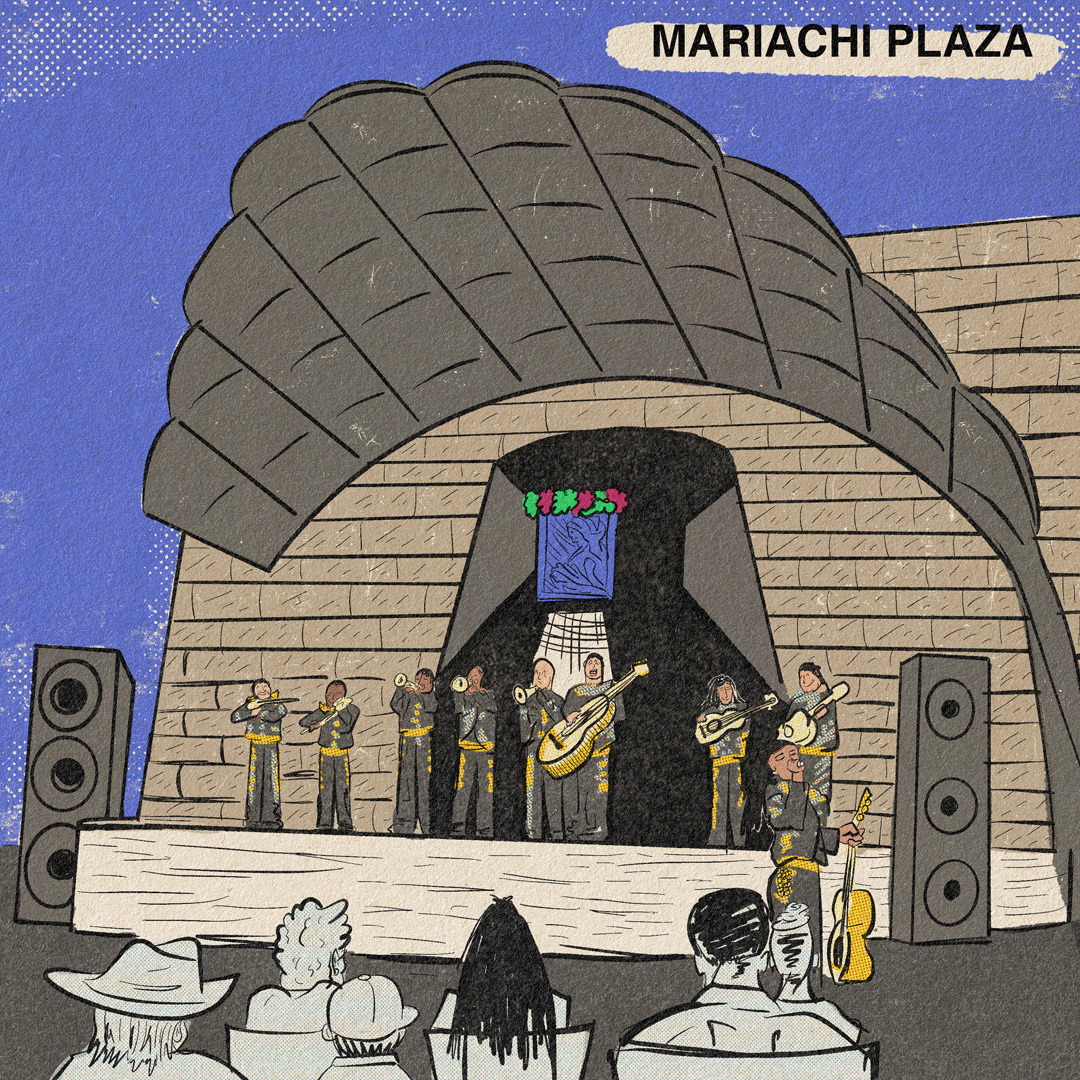 A historic plaza in Boyle Heights with a kiosko in the center that was reportedly brought over piece by piece from Jalisco, Mexico. The plaza is where mariachi musicians go every day to get work – people who want to hire a mariachi band will come find them there. 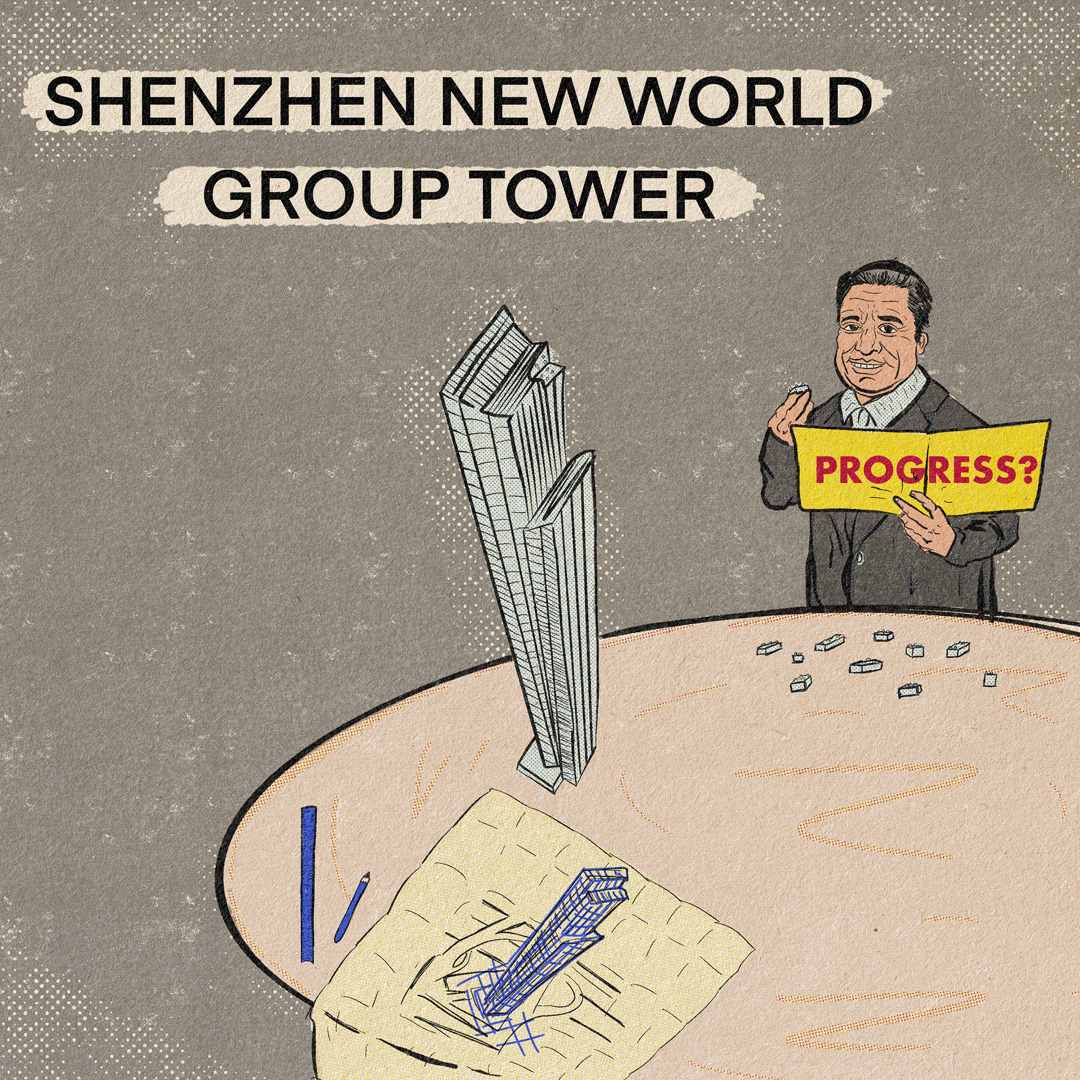 Shenzhen New World Group is another developer who allegedly bribed Huizar. They are charged in the same RICO indictment as Huizar. 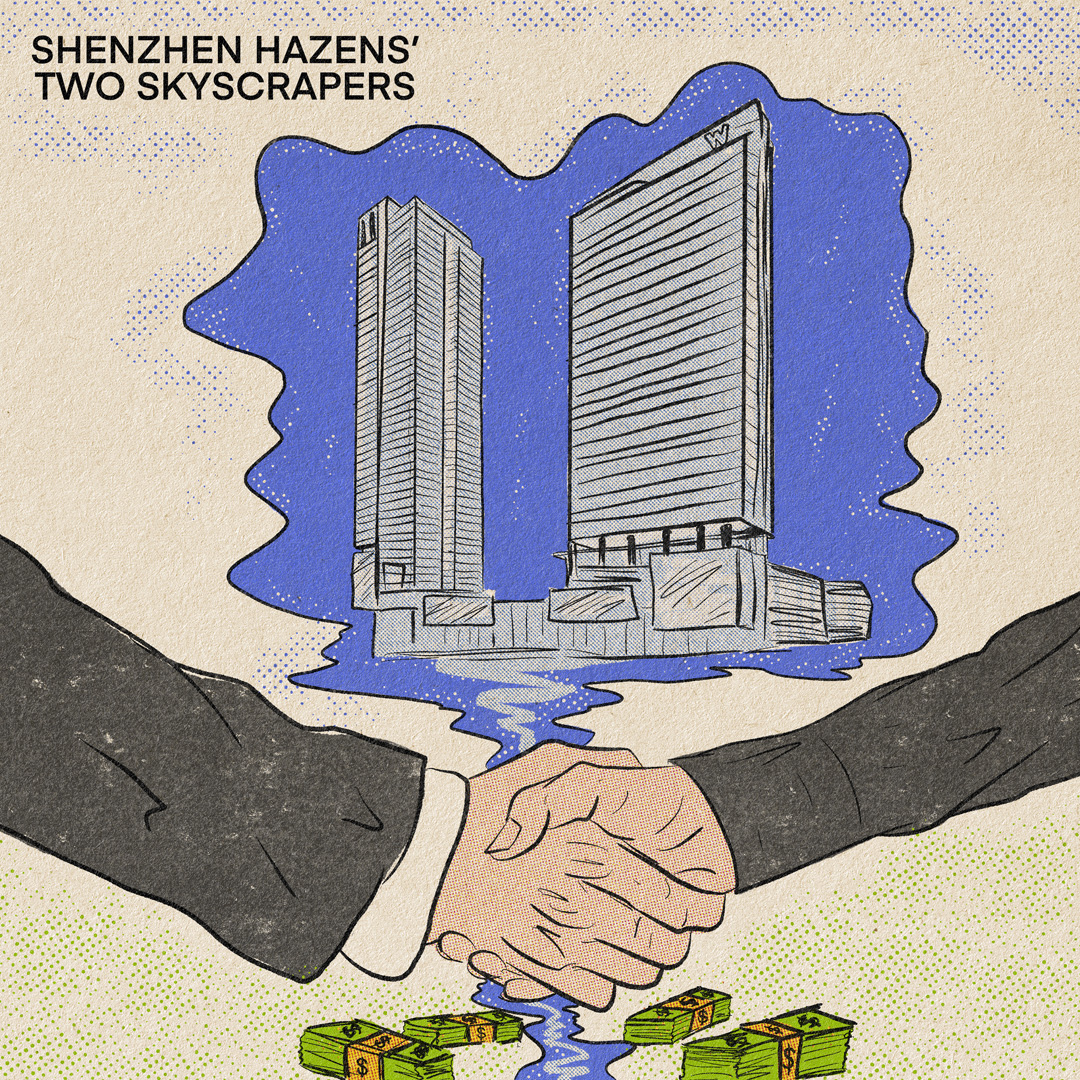 Shenzhen Hazens had a plan to build two skyscrapers on Figueroa Street in downtown LA. The complex would contain the W Hotel, thousands of square feet of commercial space, and about 400 units of housing. Shenzhen Hazens was one of the developers allegedly bribing Huizar, and would later pay $1.05 million to avoid prosecution by the Federal government.

Dozens of blocks of downtown L.A. are occupied by a sprawling tent city where many unhoused people live. As fancy skyscrapers rise around the neighborhood, the boundaries of Skid Row have been condensed and its unhoused residents have faced increased harassment from law enforcement and their housed neighbors. 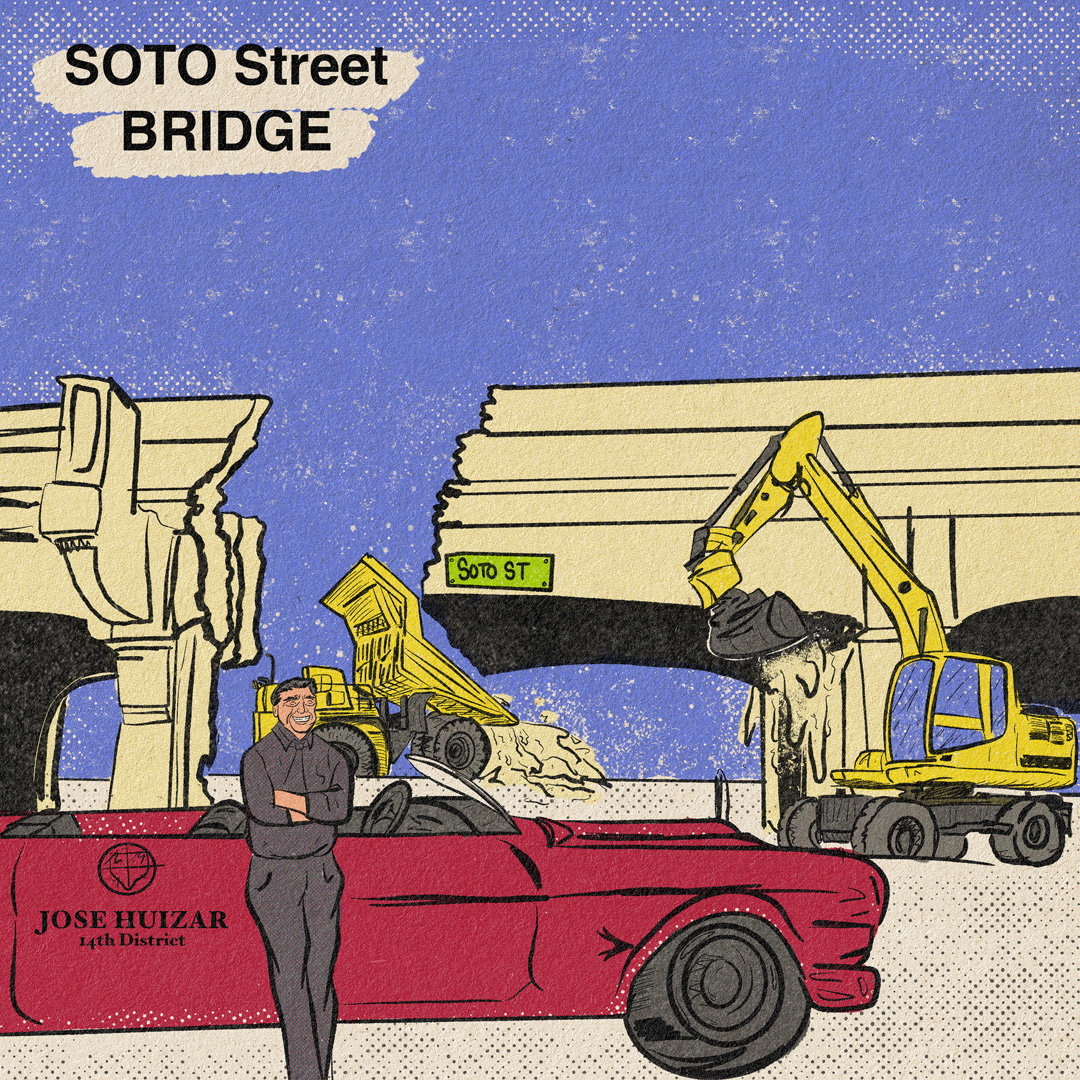 An iconic bridge on the border of Lincoln Heights and El Sereno. Some people called it the “gateway” to El Sereno. Demolition began in 2014. During the demolition of this bridge and rebuild of the intersection, the city tried to buy a nearby mechanic’s land for less than he said it was worth. He refused, and he said that he was harassed for years after – construction workers jackhammering up cement right next to his cars, and even the local sheriffs coming to harass him about supposedly “stolen parts.” 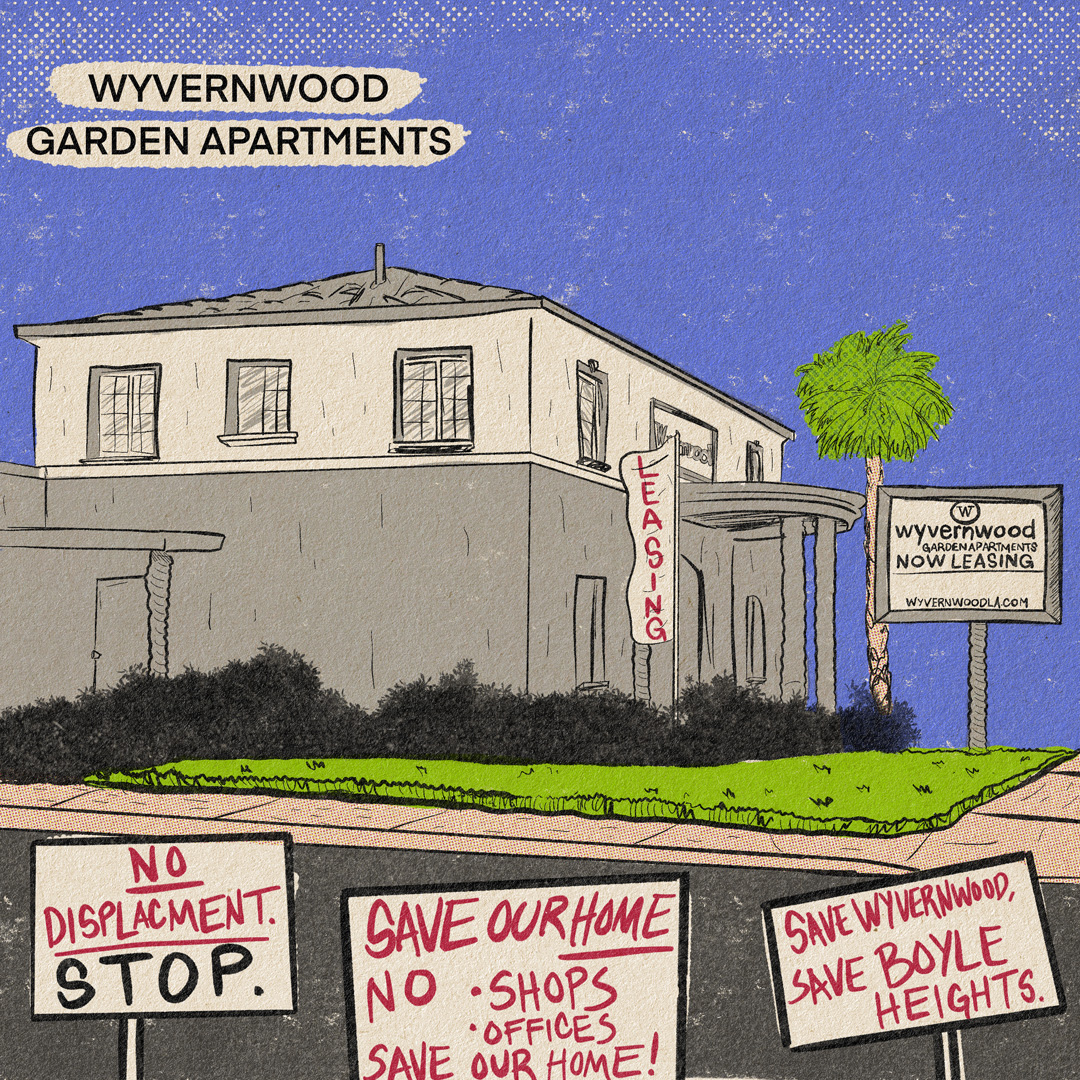 A huge complex with affordable housing in Boyle Heights. Early on in Huizar’s time as city council member, staffer Alvin Parra says the owners of Wyvernwood came to him with a plan that would’ve turned Wyvernwood into more expensive housing, effectively displacing the thousands of people who lived there. Parra expected Huizar to say no to the developers in that meeting. But that’s not what happened, Parra says.

Mariah Castañeda is an experienced Los Angeles reporter who focuses on southeast Los Angeles and the history of that community. She has covered environmental issues and local politics, and her work has been featured in L.A. Taco, The New York Times, Voice of OC, and Fusion.

At some point in our lives, we all get taken for a ride. Hucksters and con men are as ancient as Adam and Eve. But Ryan Scott, known to some as “Father Ryan,” was no ordinary con man. He’d been accused of abusing followers and enriching himself with their money. He's left a wake of angry people across multiple states. And that’s not all. There are questions surrounding the brutal deaths of two priests he associated with. Investigative reporter Alex Schuman explores Scott's bizarre, quizzical, and sometimes dangerous world. Why did Father Ryan steal money -- and people's faith? And at this point, why isn't he in jail?

Smoke Screen: I Am Rama

Rama was a spiritual teacher in the 80s and 90s who inspired many of his students while helming what many of his detractors would describe as a cult. He defied society’s archetypal vision of a New Age leader, eschewing minimalism for wealth and celebrity. He was also a man ahead of his time, encouraging his followers to develop careers in computer science before that was mainstream.

For some of his students, following Rama's lead worked out spiritually, and financially too. But for others, Rama's actions contradicted his cool persona; some eventually came forward with accusations of abuse. Others vanished. Whistleblowers went to the media, and the group began to shrink and splinter.  In this investigative series, Jonathan Hirsch explores the life, death and impact of Rama.

Americans are used to being on the lookout for a scam, but authorities are warning of a new kind of fraud. Puppy Kingpin shines a spotlight on Jolyn Noethe, a secretive businesswoman from Iowa who is accused of laundering puppies much like drug money. Investigative reporter Alex Schuman exposes the scheme and an underground part of the industry bringing us the pets we love. From Neon Hum Media and Sony Music Entertainment.